Patagonia is a region shared by Argentina and Chile, in South America.

Here peace reigns and the silence is deafening.

The central street of the city is full of chocolate stores and shops selling souvenirs such as the famous Dulce de Leche (creme caramel), which is typical of the place.

At sometimes there is a constant wind blowing, however you should consider that also at zero degrees you can feel fine, because the cold of this place is a dry cold.

Although this is a very touristy town, you must talk exclusively in Spanish.

The city of Ushuaia has been populated over time thanks to the incentives that the government gave the families to make them move in this area, where the climate is extremely volatile and there are so difficult conditions.

The chimneys are kept lit throughout the year, while in summer the maximum temperature that can be reached is 20 degrees and only during the hottest hours.

The houses are all very different from each other : you can find a very nice house flanked by a very rough accommodation, and this is because once you get to Ushuaia, it was thought of having to stay for only a short time, so it would be useless to invest that much for a temporary quarters.

Ushuaia is the gateway to Tierra del Fuego.

There is a part of this national park which can be visited only through a route that you take on a train with a steam locomotive : the Train de la Fin del Mundo (see official website here).

In Ushuaia there was a prison. The prisoners were called to go to cut wood in the surrounding forests to supply homes in the city and provide for their heating.

Today the train that led the prisoners in the woods is used for tourist to visit that part of Tierra del Fuego that would otherwise be impossible to visit.

It is a matter of 40 minutes with a break of 15 in an old station where you can relive the setting of the early twentieth century.

The voice that says in Spanish and English, “how painful it was for prisoners facing long days in the cold of those areas” will make the trip very exciting. 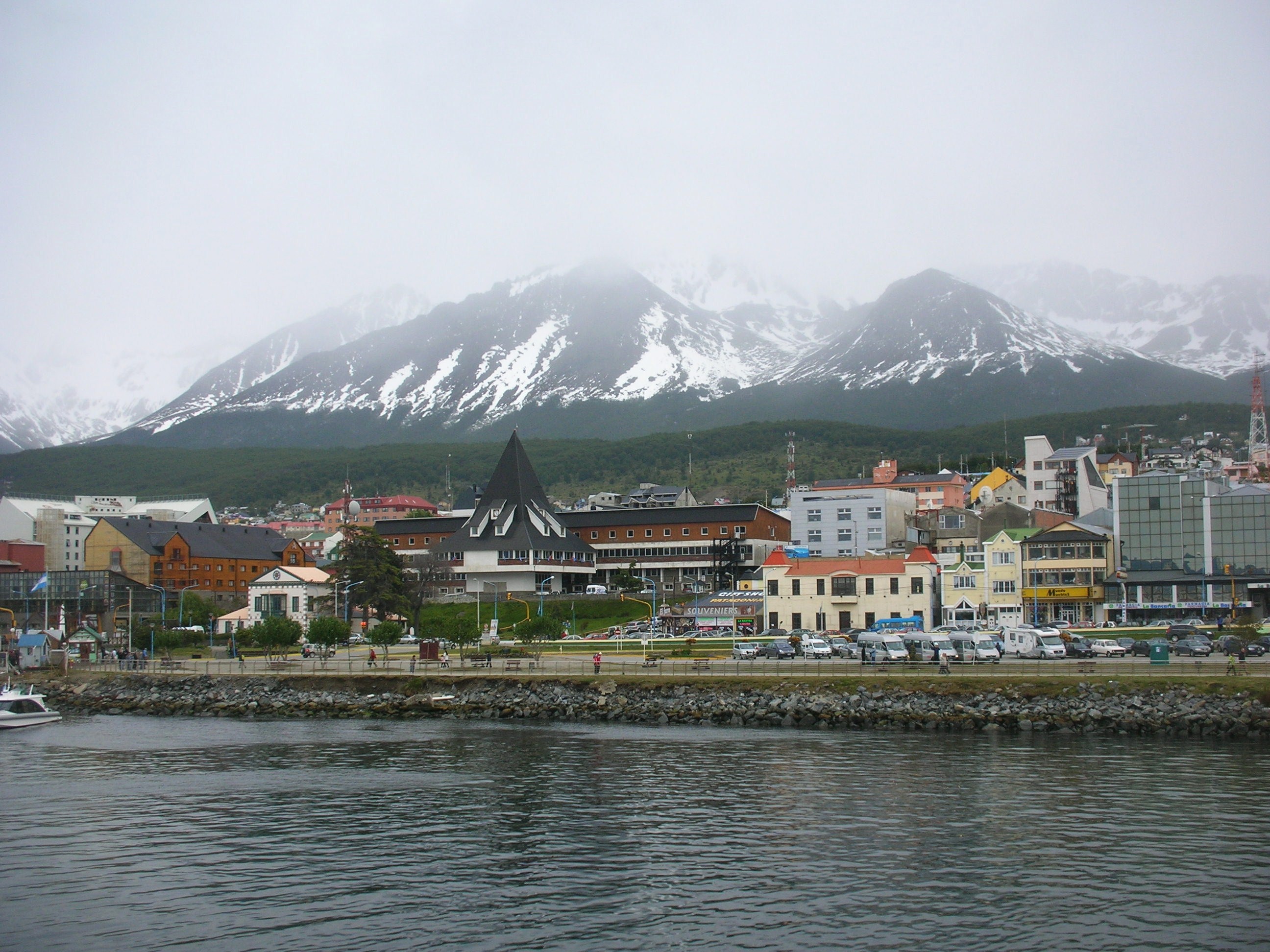 Seeing the trunks of trees cut can make you the idea of a past that is not so far away.

When you got off the train you can visit the part of the National Park where you can admire the typical Patagonian flora up to the Roca Lake.

This lake of 11 km in length belongs to Argentina for 4 km and to Chile for another 7 km.

From the Argentine side it is possible to see in the distance the peaks of the mountains of Chilean Patagonia.

To divide these two states there is in fact an imaginary line that divides the Condor mountain , inside the National Park , Mount perennially covered with snow .

Continuing within the National Park you can meet the typical plants of the fruit El Calafate, a blueberry that these lands offer spontaneously.

If you end the way you come to Bahia La Pataia, a concentration of lakes and typical Patagonian forest where you can admire the cold solitude of the southern hemisphere.

if you return to Ushuaia, you can board on a catamaran that makes you cross the Canal Beagle for about 2 and a half hours.

You may spot islets with cormorants and sea lions, and you can reach Les Eclaireurs lighthouse, the lighthouse at the end of the world, north of the Chilean Islands Hoste and Navarino.

In Ushuaia time varies greatly. In a few hours you can go from snow and rain to the wind and strong sun.

In short, it is suggested to dress in layers and be ready to face the four seasons in one day.

2 thoughts on “Patagonia: Ushuaia and the National Park of Tierra del Fuego”