The atmosphere that you can breath in Amsterdam is unique and incomparable.

Among the cities of Europe, it’s the most liberal city, where the typical bell-shaped houses with gables are reflected between the canals, where museums amaze and where the bicycle reigns supreme.

Let’s see the 8 things that you need to do when visiting Amsterdam. 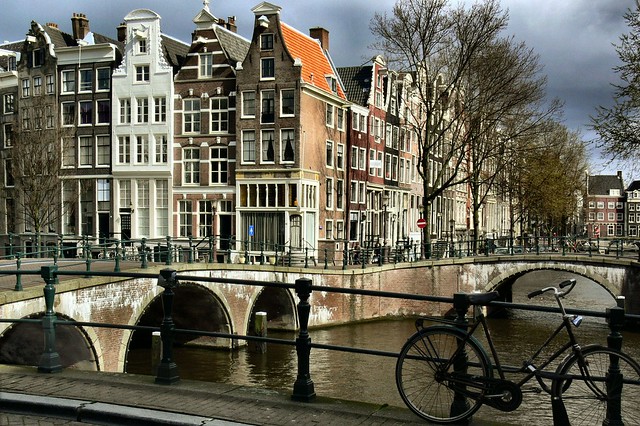 It’s walking trough the canals of Amsterdam that let you capture the essence of this city.

At first glance, being able to locate yourself in Amsterdam may appear daunting, due to the intricate network of canals, roads and bike paths that characterize the center.

But after a while, you will realize the arrangement of channels, which form a  concentric spider web. Then following the orientation course becomes a breeze.

If you visit Amsterdam, you can’t leave without seeing the Van Gogh Museum.

This museum is a real journey in the history of the life of this artist. Almost all the Van Gogh most important works are featured here.

Note : A nice opportunity is that his paintings can be photographed (but not those from other museums!).

Visiting the Anne Frank House is really a must.

From room to room, getting to the hiding place of the Frank family, it materializes places and emotions that you can read in the diary of Anne, which unfortunately is not a fantasy, but a true story.

Note : in this museum is not allowed taking pictures. 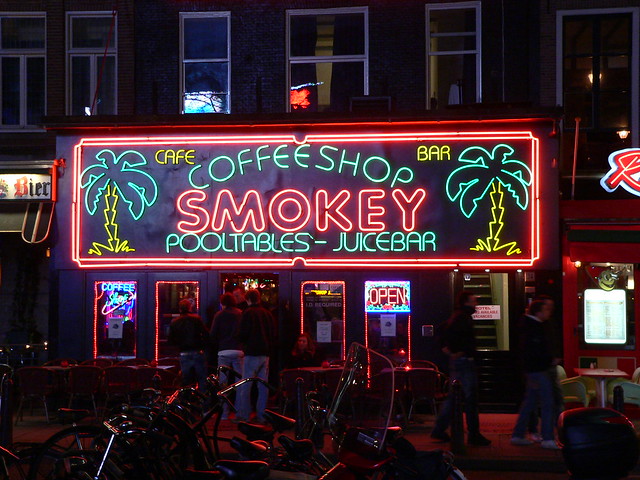 Again, this is a must thing to do in Amsterdam. Everybody knows that in the Netherlands the use of cannabis is tolerated and there are many coffee shops where you can smoke it.

Favorable or not, entering into one of these shops, even just for a drink, it’s an experience.

Tip : the “Bulldog Coffee Shop”  is apparently an institution in Amsterdam.

It took 10 years to renovate this museum and since April of 2013 is finally possible to visit it.

It’s the largest museum in the Netherlands and hosts an incredible collection of works that tell the history of Dutch art from 1150 until today.

In a nutshell, it is a journey through the history of this country that winds through the many rooms, which works are arranged in chronological order.

Science Center Nemo is a work of the hand of the italian Renzo Piano. And it’s the largest Dutch museum dedicated to science and technology.

Its shape resembles a huge sinking ship. It’s suggested to go up into the roof in order to enjoy the beautiful view of the port of Amsterdam.

You will find that you have arrived to the red light district for the column of onlookers who are channeled through the alleys where pretty girls dressed of nothing are displayed in the windows.

At first sight, the column that is formed between the streets of the “Red light district ” is comparable to the length of the line to get to the Van Gogh museum!

The bicycle is definitely the most used means to move in this city.

Bike paths are everywhere and the undisputed masters of the city are the cyclists whizzing among tourists who unconsciously not realizing that are walking on bike paths, are likely to be invested.

Using the bicycle is part of the experience of the Amsterdam visit.